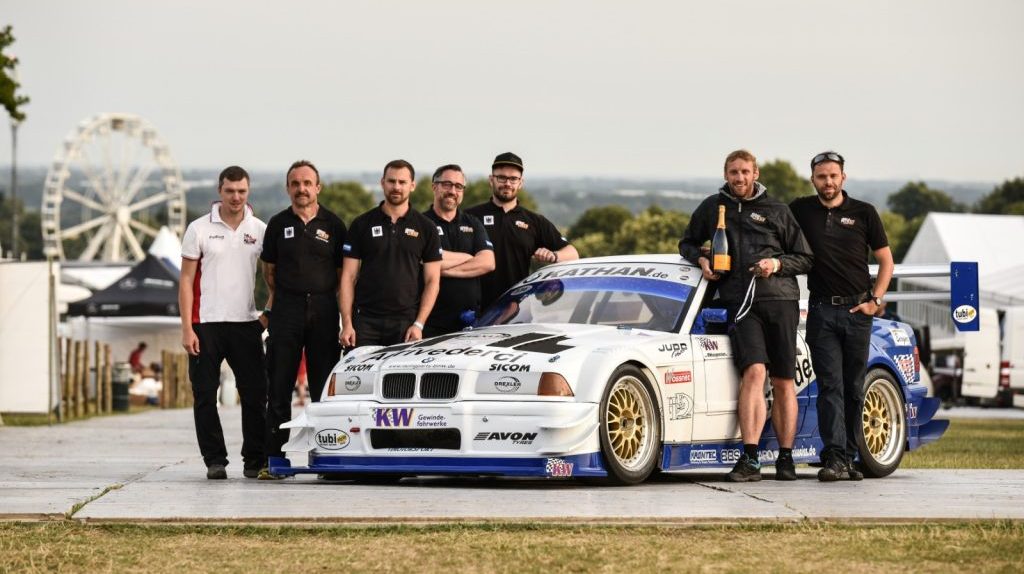 These pictures not only give us goosebumps, but also many companions, friends, and acquaintances from the Hillclimb Racing Scene and the whole world of motorsports.

With this article, KW wants to remind you of someone very special and say a quiet goodbye to this year’s season. #neverforget

As the name “Never-forget-Tribute-to-Georg-Plasa-KW-Team” already reveals, KW would like to remind of a very special person, who was much more than just a virtuoso at behind the steering wheel, a perfectionist and a pioneer for Hillclimb Racing.

Those who never had the opportunity to meet the man, mentor, and friend behind the legendary BMW 320 JUDD V8, unfortunately, we can’t really tell who Georg Plasa was. KW simply don’t have the right words, because Georg was Georg. Someone who was much more than a passionate motorsport enthusiast.

More than eight years have passed since Georg Plasa died in an accident, which left a deep wound in the hearts of the Hillclimb Racing Community. There is the old wisdom that time will heal all wounds, but if we are honest, only memories fade and suddenly come back out of the blue.

Without Georg, as veterans of Hillclimb Racing always tell us during personal talks in the paddock, in social media comments or by e-mail, Hillclimb Racing would not be on the same high level as it is today.

In the nineties, Georg brought technical solutions and developments in the scene that were back in these days unusual in Hillclimb Racing. He was one of the first guys who was using Formula 1 technology in the often as grassroots ridiculed Hillclimb scene. Today Hillclimbing is worldwide a motorsport at a topnotch technical level.

Many “Hillclimber” learned from Georg Plasa what is technical possible. And the Munich-born driver always had an open ear for the rookies and for his opponents at that time, whom he was always one car length or spoiler lip ahead in the fight against the hill and the clock. In the paddock, they were all a big family, united by their love for our sport.

Unbelievable, but Georg had already sent his unique BMW 320 JUDD V8 into retirement at the end of 2009, and yet his “old 3-series BMW” was closely on the same speed level like modern racing cars the participations of the Never-forget-Tribute-to-Georg-Plasa-KW-Team at the Goodwood Festival of Speed 2018, the FIA Hill Climb Masters 2018 in Gubbio (Italy), Glasbachrennen 2019 (Germany) and at the beginning of July at the Goodwood Festival of Speed 2019 in UK. A proof of how far Georg was ahead of his time as a developer of his unique racecar.

Why we did this you already can read here on the KW blog – or watch this little documentary “The Way to Goodwood“. In short: KW founder and managing director Klaus Wohlfarth was a friend of Georg Plasa and, with a sworn troupe of Georg’s companions and friends, he put out all the stops to ensure that the memory of this jack-of-all-trades of Hillclimb Racing would not fade. Georg and his Motorsport buddy Jörg Weidinger have always wanted to prove in England what a clever self-engineered and built Hillclimb racecar is capable.

Without an operational traction control and racing ABS, Jörg Weidinger was 2018 in the 320 JUDD V8 the third-fastest time in the overall classification with 46.43 seconds. The BMW was indeed the fastest race car with a natural aspirated conventional combustion engine and rear-wheel-drive – only two “e-vehicles”, the Volkswagen I.D. R Pikes Peak (43.86 seconds) and the NIO EP9 (44.32 seconds), were faster in the shootout finale!

Pure madness. Nobody from the team had expected such a time, after all, we simply wanted to put Georg Plasa’s unfulfilled dream of starting in England into action at Goodwood.

Because of this performance the team even received an official invitation from the FIA in Paris to the Hillclimb Masters in Italy. We just couldn’t say no to that. Who could do that? Above all, this was the opportunity to show the BMW 320 JUDD V8, which had long since become an icon of Hillclimb Racing, in front of an Italian crowd again; after all, Georg was also one of the most popular motorsport athletes in Italy.

In Italy, the old Hillclimb Racecar went steeply forward. Jörg immediately felt comfortable on the 3.3-kilometer-long track, which only spirals into the sky with fast bends, hardly any straights in between, four hairpin bends and tens of full throttle arcs.

Jörg had to overcome 221 meters of altitude with Georg’s racing car on an average gradient of 6.1 percent – the ideal turf for the BMW 320 JUDD.

With a time of 1.31.93 minutes, the BMW retired from the second practice session as the fastest touring car of the entire field on the practice day – and still without race ABS and traction control.

Motorsport always includes ups and downs and the Never-forget-Tribute-to-Georg-Plasa-KW-Team had to experience this in Italy. A technical defect put a stop to our ambitious summit storm. But that’s how it is when you can’t dedicate 365 days to an absolutely unique race car. Not to forget, only a handful of KW employees and former teammates of Georg Plasa take care of the BMW in their spare time.

In spring 2019 we licked our wounds a little bit from Italy and faced the challenge that since we drove the BMW in England and Italy, many race organizers had a great interest in a guest or show start.

The team immediately rejected any burnouts or appearances in any entertainment shows; after all, Georg Plasa was never available for a fringe event, for Georg only racing and the motorsports were in the focus of his doing!

“After Jörg Weidinger’s hussar ride at the Goodwood Festival of Speed in summer 2018, we received countless requests from German organizers to start with Georg’s BMW in front of a home audience,” explains team owner and KW automotive managing director Klaus Wohlfarth. “In the spirit of our friend Georg Plasa, we always want to face tough competition”.

Internally, the team leaders agreed that they would not race the BMW E36 JUDD V8 or drive on tracks where Georg Plasa drove his BMW at his days. “We simply want to prevent any comparisons between Georg’s records back then and our today’s efforts. The start in Thuringia (State in Germany) at the Glasbach race was a sporty tribute to Georg’s fans, simply to remind them of this unique personality.

The reactions at the track and in the paddock were indescribable. Numerous fans and friends of Georg traveled to the “Thuringian Pikes Peak” to finally hear and see the legendary BMW 320 JUDD V8 again at an event in Germany!

“On Glasbach Sunday I also had my special memory of Georg besides the many other moments. In the rain I missed the windscreen wiper a lot, I must admit. It was quite a blind flight in the two races, and I had to think like so often of the dear Georg, who had saved the complete windshield wiper in his hundred percent consequence to the topic weight and aerodynamics at that time”, so Jörg Weidinger afterward.

Without any sight Jörg managed to finish the first race of the BMW 320 JUDD V8 in 2:49.059 min, at the second race it really poured out of the buckets and we were happy about a time of 3:03.911 min. In our class, Jörg even made it to the second place and the 19th place in the group E1-FIA/E1-BERG/H/FS/CTC/CGT/E1 with a total of 61 starters arrived at the finish.

Back in Great Britain – the Duke asked for a new start

In mid-July 2019, the 11th Duke of Richmond Charles Gordon-Lennox, organizer of the Goodwood Festival of Speed, asked that it would be a fine thing again to have the BMW with its British Engine in England. Why not, team owner Klaus Wohlfarth thought, although he was quite nagged that he could not accompany the team for some business reasons.

Since Georg Plasa’s old race mechanic Andreas Weber was also unable to attend, Jörg Weidinger, Oliver Scherbaum and Martin Burmeister could actually convince Christian Wasenauer to come to England and act as Head of Mechanic there. Christian was also on the mountain for years as Georg’s race mechanic and knows the BMW 320 JUDD V8 inside and out and already strengthened the team in Thuringia at the Glasbach race …

For the start in Great Britain, we have also updated the software of the racing ABS. “With the new update, we are now several generations further than before,” says data engineer Martin Burmeister, who was also data engineer in Georg’s old team and is also an integral part of the Never-forget-Tribute-to-Georg-Plasa-KW-Team.

“In Goodwood, we were able to fully concentrate on driving,” says Jörg Weidinger. “In the training runs, we were able to work on the performance in the spirit of Georg with the many possibilities offered by the legendary car. I think he liked that when he watched us from above brooding over the data, adjusting dampers, wings, and other things, changing software data and figuring out tire pressures! Among other things, we finally managed to have suitable traction control for take-off again.”

The first runs were scheduled and impressively the unforgettable JUDD sound roared over the Festival of Speed area. And right at the first “Free Practice”, Jörg joined the leading field.

While the electrified Volkswagen I.D. R. with Romain Dumas behind the steering wheel was already setting fast times, we made a very good impression behind Petter Solberg in the Volkswagen Polo WRX.

It’s an indescribable feeling to be able to compete with such an old BMW E36 prepared by a small team with the big names from the international motorsport world.

It’s nice when even former race driver Prince Leopold of Bavaria came to our paddock and talked about old times.

From day to day our times became shorter and shorter. The BMW simply ran smoothly! Our shortest training time of 46.13 seconds was even thirteenth faster as our best time 2018 – and the best we were again in the final!

The traction control helped to limit the start with the aggressive Judd engine and to make the starts more reproducible, but against Petter Solberg’s modern WRX Polo, among others, there was still no way to take a stab at this point.

This was demonstrated by the 100-meter time in which the modern Polo WRX already had a lead of 1.5 seconds in some cases. “The BMW was still on the starting line the Polo was already out of sight. But that was always the point that caused Georg the biggest headache, we all remember that”, recalls Jörg Weidinger.

For Sunday, unfortunately, rain was announced, which also came in the night and made our chances dwindle massively for the known reasons. When the shootout started on Sunday afternoon, a part of the track was dry, but a start on slicks would have been a ride on the razor blade.

“We reduced our competitive spirit and decided for a solid performance without risk for the beautiful car. Especially since an accident in this special case would not only be expensive but would also destroy history,” said Jörg before our start in the finale.

With rain tires, we then went on the partly slightly dirty track and were able to beat bravely with a time of 50.65 seconds despite the isolated puddles. With a proud chest, we finished sixth in the overall standings with our old BMW after the electrified Volkswagen I.D. R (42.32 seconds), the all-wheel-drive modern Volkswagen Polo WRX (47.83 seconds) and Citroen DS3 WRX (49.39 seconds) which all drive in a completely different technical league.

And in the end, only fractions of a second separated us from top-class prototype and Indy500 racing cars such as a Dallara SP1 LMP with JUDD V10 engine, a racing car used in the LMP World Championship from 2000 to 2005 or the Indianapolis 500 Penske-Chevrolet PC-22 (50.31 seconds) – not bad for an aging BMW … 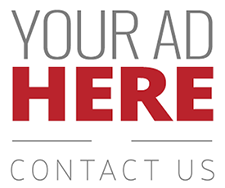